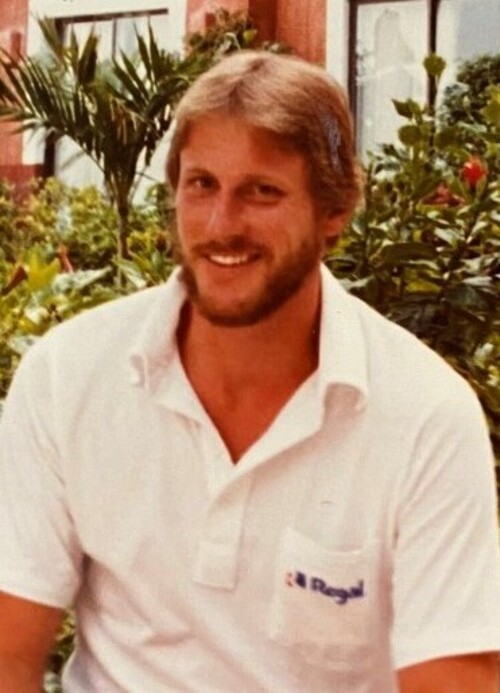 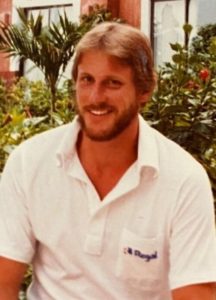 David Paul Sletten, age 63, went to his heavenly home on Wednesday, May 12, 2022. He passed away at home in River Falls. David was born January 8, 1959, to Paul and Phyllis (Nesseth) Sletten in Madison, Wisconsin. David graduated Madison East High School in 1977. He attended the University of Wisconsin- Madison and graduated in 1982 with a BA in Landscape Architecture. He was an accomplished designer and created the Cabella’s mountain displays throughout the United States. He was proud to be a Badger and played football as a wide receiver. He met his sweetheart, Kathy Kampa, while they attended UW Madison. He was “the boy upstairs”. Their first date was at the Sezchuan Kitchen. His fortune cookie read, “you and your wife will live happily ever after”. They married October 1, 1983. They began their married life in Houston, Texas, where Dave began his career in Landscape Architecture as a designer and project manager. They eventually moved to Stillwater, Minnesota, and then to River Falls, Wisconsin. They were blessed with two children, Matthew James and Elizabeth Kathryn. David enjoyed coaching his children in hockey and basketball. He loved to attend their games and Elizabeth’s choir performances. David and Kathy loved to travel. Their favorite trip was to Australia and New Zealand. David  loved music, canning pickles, and to cook and bake. One of his greatest joys was meeting his granddaughter, Elin Croix Skoglund, born on 2-22-22. David is survived by his wife of 39 years, Kathy: his son, Matthew (Alice McBride) Sletten and Jayden; daughter, Elizabeth (Michael) Skogland and Elin; mother, Phyllis Sletten; sister, Linda (Dean) Johnson; brother, Michael Sletten; his mother and father-in-law, Victor and Barbara (Hatlestad) Kampa; sister-in-law, Lori (Randy)Williams; brother- in- law, Mark (Karen) Kampa and many nieces and nephews. He is preceded in death by his father, Paul Sletten; paternal grandparents, Jim (Helen) Sletten; maternal grandparents, Gerard (Leona) Nesseth.  A Memorial Service was held on Monday, May 23, 2022 at 2 pm at Bakken-Young Funeral & Cremation Services 805 E Division Street River Falls, WI and streamed live through the link just below this obituary.  Visitation was also on Monday, May 23, 2022 from 1-2 pm with the Rosary at 1 pm.  A light luncheon followed the service.  Arrangements are with Bakken-Young Funeral & Cremation Services.

Click here to watch the recording of David’s service