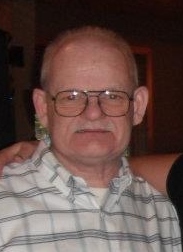 David M. Riggle, age 66 of New Richmond, died on Saturday, February 21, 2015 at Westfields Hospital.  David was born March 17,1948 to Edwin and Marion (Wilhelmsen) Riggle in Elkhorn, WI.  He attended Delavan school of the Deaf in Delevan, WI. He married the love of his life, Pamela E. Olson on June 25, 1977 and came to build a life in New Richmond, WI in 1993. David was a wearer of many hats (and not just the Packer kind). He was a son, brother, husband, father, and papa. He was the epitome of a strong man and upheld the image of a warrior.  His love was profound and loyal.  A man of few words, but many expressions. He was strong-willed and opinionated, supportive and motivating.  He was perfect. His physical presence may no longer be here with us, but his legacy lives on.  With all of his regained strength and agility, may he now be seen making the Lambeau Leap into God’s Kingdom. We love you, Papa Riggle.  He is preceded in death by his parents and brother, Robbin Riggle.  David is survived by his wife; brother, Keven Riggle, sister-in-law, Theresa Riggle; son, Jason (Crystal) Riggle; daughter, Kimberly Riggle; and granddaughters, Laila and Adalynn.  A Memorial Service was held on Thursday, February 26, 2015 at 1 pm at the Cornerstone Assembly of God 1350 Heritage Drive New Richmond.  Memorial Visitation was also Thursday from 11-1 at the church.  Interment was in the New Richmond Cemetery.  Arrangements are with Bakken-Young funeral & Cremation Services Beebe Chapel of New Richmond.