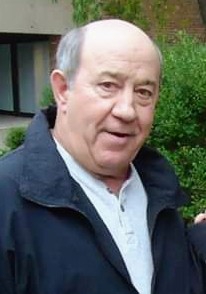 Daniel H. “Danny” Reis, age 76, of River Falls passed away Wednesday, March 25, 2020 at the Kinnic Health and Rehab following health complications.  He was born the son of Henry and Dorothy (Tyler) Reis on March 30, 1943 in River Falls.  Dan attended St. Bridget School and graduated from River Falls High School where he was an All Star in Football and Basketball, going to Badger Boys State in 1960.  From 1965-1973, he was the parts manager with Lindquist Motors.  He owned and operated The Green Lantern Tavern from ’73-’85 and during this time he sponsored and coached the Green Lantern men’s and women’s softball teams.  Following the sale of the bar, he managed the Auto Stop until 1993 and spent some years working at Up North Plastics before retiring.  Dan served on the River Falls Fire Department for 33 years (1967-2000) and was Fire Chief from 1985-2000.  He loved hunting and fishing and sharing that passion for the outdoors with kids. He was also a huge fan of the Green Bay Packers.  Dan will be remembered as a family guy, never having kids of his own, it didn’t matter he treated his step-children and grandchildren as his own.  He was preceded in death by his parents; his sweetheart, Karen; sister, Joanne Smith; brothers-in-law, Les Kay and Wayne Deiss.  Dan is survived by his siblings, Ronnie (Dorothy) Reis, Doris Deiss, Mike (Nancy) Reis, Dave (Julie) Reis, Kathy Kay; children, Greg (Kim) Johnson, Amy Dull, Jacky Luka, Jeff Luka, Jodi (John) Rodke, Jill Karras; grandchildren, Brook and Luke Johnson, Preston and Nathan Dull, Kacie (Nate) Worrell, Kimberly and Kevin Rodke, Zachary and Jordan Karras; great-grandchildren, Jacob and Averie Worrell; former wife, Gloria Mikkelsen; as well as numerous nieces, nephews and other relatives.  A Mass of Christian Burial will be held Saturday, August 1, 2020 at 11:00 am at St. Bridget Catholic Church (211 E Division St.) in River Falls.  Visitation will also be held on Saturday from 9-11 am at the church.  Due to the on-going COVID-19 guests are requested to wear face masks and maintain physical distancing. Memorials may be directed to: the River Falls Post #121 American Legion Foundation-for Youth Trap Shoot.  Arrangements are with Bakken-Young Funeral & Cremation Services.