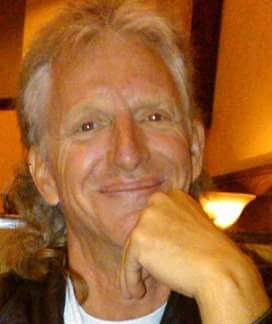 Charles B. Kinkade “Charlie” age 53 of Riverfalls, Wi died Thursday, May 14, 2015. He is preceded in death by his mother Sharon; survived by his father  Jerry of Eldorado, Il.; sons James and Jake of Ellsworth, Aunt Suellen, many other relatives and friends.
Charlie moved to Wisconsin from Illinois in 1983, in 1988 he moved to St. Paul and lived there until 2000 when he returned to River Falls. He graduated from UW-River Falls in 1991. Charlie spent a good portion of his career as a Crane Operator and was a member of operating engineers local 49.
He was a avid golfer, loved spending time in the Black Hills, Deadwood and the mountains. Charlie enjoyed playing pool, poker (even if he wasn’t very good at it), water skiing in his younger years and his pride and joy were his boys.
A Memorial Service was held on Tuesday, May 19, 2015 at 7 pm at the Bakken-Young Funeral Home 805 E Division Street River Falls.  Visitation was also Tuesday from 4-7 pm at the funeral home.  Arrangements are with Bakken-Young Funeral & Cremation Services of River Falls.