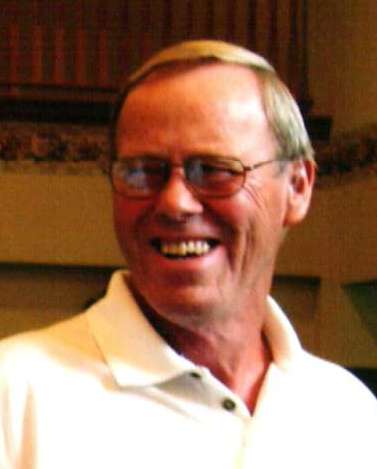 Charles M. Anderson, age 71 of Star Prairie, WI, died on Wednesday, October 26, 2011 at the VA Medical Center in Minneapolis, MN.  Charlie was born the son of Raymond and Pearl (Ness) Anderson on February 13, 1940 in Deer Park, WI.  He attended grade school in Deer Park and graduated from New Richmond High School.  He served in the Navy from 1958 – 1962.  On October 24, 1964, Charlie married Phyllis Nordquist at Elim Lutheran Church in Range, WI.  Charlie worked in Minnesota for Firestone and Montgomery Wards selling truck tires.  He spent many years with St. Croix Press in New Richmond, WI as a pressman and a plate maker.  Charlie also worked as a courier for S&C Bank and in lawncare for Shane Demulling.  He was a member of the American Legion and the New Richmond United Methodist Church.  He played softball for many years on several teams in the area.  Charlie took pride in his yard and loved to walk every day.  He rarely missed a grandchild’s sporting event  and enjoyed traveling with his wife.  He was a man of character who had a good sense of humor, was generous and kind, and was his kids and grandkids biggest fan.  He is preceded in death by his parents, Raymond and Pearl Andrson.  Charlie is survived by his wife, Phyllis; children, Mike (Laine) Anderson and Julie Anderson; grandchildren, Jordan and Kaycie Anderson; brother, Raymond (Myrna) Anderson; sister, Audrey (Larry) DeTar; and many other relatives and friends.  A Funeral Service was held on Saturday, October 29, 2011 at 11 am at the New Richmond United Methodist Church.  Visitation was held on Friday, October 28, 2011 from 4-8 pm at the Bakken-Young Beebe Chapel in New Richmond and on Saturday from 10-11 am at the church.  Interment was in Calvary Cemetery in Deer Park, WI.   Pallbearers are Paul DeTar, Gary Simon, Gregory Swanson, Brian Swanson, Jordan Anderson, and Jerry Wettig.  Honorary Pallbearers are Paul Kittel, John Hopkins, Bob Sandmann, Gary Steele, Bill Brennan, Ted Bartels, and James Zajkowski.  Arrangements are with Bakken-Young Funeral & Cremation Services Beebe Chapel in New Richmond.