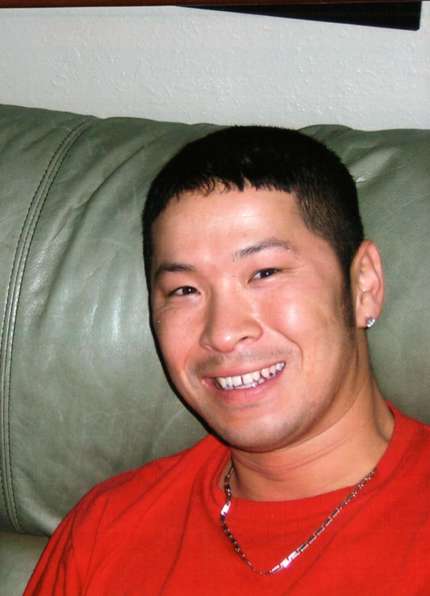 Caleb Myeong Han Sailer, age 32 of River Falls, died unexpectedly on Tuesday, April 10, 2012 at Fairview University Medical Center in Minneapolis, MN from complications following a stem cell transplant.  Caleb was born in Kojedo, Korea on January 12, 1980.  He joined the Sailer family along with his brother Noah on August 8, 1989.  He graduated from River Falls High School with the class of 1999.  Caleb worked for sealcoating companies, eventually opening and running Sailer Sealcoating.  He strived to be the best businessman he could be.  He was a wonderful father to his two beautiful children, Blake and Gabriella.  He enjoyed sports, especially soccer and hockey, and enjoyed doing things for other people.  He respected people of all ages which contributed to his many friendships.  Caleb was energetic and resourceful, was confident and handsome, and had a contagious smile.  He is preceded in death by his birth mother and grandparents, Hugo Sailer and Edwin and Florence Sylte.  Caleb is survived by his angel, Tammy Smith; children, Blake and Gabriella Sailer; Tammy’s children, Mason and Morgan Smith; parents, William (Linda Papison) Sailer and Nancy (Bernie) Abrahamson; brothers, Noah Sailer and Isaac Sailer; niece, Ayla Sailer; nephew, Eli Sailer; grandmother, Pauline Sailer; and many other relatives and friends.  A Funeral Service was held Saturday, April 14, 2012 at  1 pm at Ezekiel Lutheran Church in River Falls.  Visitation was Friday, April 13, 2012 from 4-8 pm at Ezekiel Lutheran Church and on Saturday from 12-1 pm also at the church.  Private interment was in Greenwood Cemetery.  In lieu of flowers, memorials are preferred.  Arrangements were with Bakken-Young Funeral & Cremation Services of River Falls.