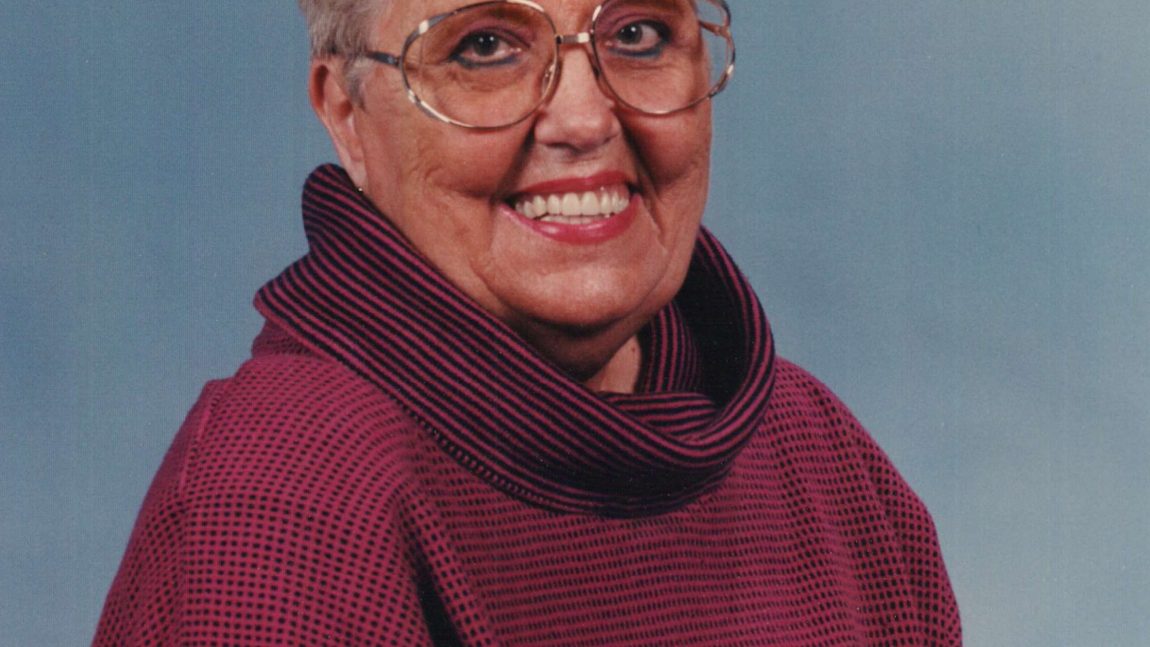 Elizabeth (Bette) Jean Norman, of River Falls, former director of the River Falls Senior Center, died peacefully Saturday, Nov. 5, at Regions Hospital at the age of 90 years and 10 days. Her son Michael, grandson James Norman and his wife Samah Fahmy were at her bedside as she passed.  Bette was born at the eve of the Roaring 20s, on October 26, 1921, in the old Mississippi River town of Quincy, Ill., the daughter of Edward H. and Daisy Belle (Willis) Hoffman. Her dad was a proud union machinist and labor leader. Her parents preceded her in death as did one sister, Mary (Hoffman) Maly. Bette grew to young womanhood during the Great Depression, graduated from Quincy Notre Dame High School and later studied business. Following World War II, she met and married James W. (Gabby) Norman, of Hannibal, Mo. To this union was born three children: Michael, Nancy Ann and Jane Marie. Her husband preceded her in death in 1973.  Bette moved to River Falls from Quincy in 1989 following the deaths of her parents and an aunt, for whom she was providing care.  For nearly 40 years, Bette worked in various retail and administrative positions. She managed women’s dress shops in Quincy, suburban Chicago and Murphy’s Clothing Store, Hudson. Later she was a senior worker at the St. Croix County Dept. on Aging (now the ADRC). Her most recent job was as director of the River Falls Senior Center, from which she retired only three years ago. Even after retirement, she continued to write a popular monthly column, “From Where I Sit,” for the ADRC News (formerly SCAN). Her last column was in the November issue.  For many years she was a lively and colorful presence during performances by “The Happy Grannies,” (aka “The Ageless Wonders”) sponsored by the St. Croix County Dept. on Aging. She loved all of her dear friends in the troupe, which performed songs, skits, dances and patter for senior citizens in the region.  Bette was very proud of providing help and support to others and was known for remembering birthdays and holidays with cards. She enjoyed keeping up with her Facebook friends by checking in several times each day to see “what’s going on.” Bette loved to dress fashionably and never appeared in public without makeup and her hair done. And like all ladies of a bygone era, she never volunteered her age.  Bette’s unconditional love and determination will be deeply missed by her survivors: son Michael (Janell) Norman, River Falls; daughters Nancy Ann (Russell) Ball, Albuquerque, N.M., Jane (Tom Lansworth) Norman, Silver Spring, Md.; grandchildren James E. (Samah Fahmy) Norman, Woodbury; Adam Ball, Oakland, Calif., Amelia Ball, Las Cruces, N.M., Peter Lansworth, Los Angeles, Calif., Emma Lansworth, at home; brother, Richard J. (Donna) Hoffman, LaMirada, Calif.; many nieces, nephews and cousins; and all of her dear friends at Edgewater Apartments, the River Falls Senior Center and elsewhere.  Visitation for Bette Norman was held Fri., Nov. 11, 4-8 p.m., at Bakken-Young Funeral & Cremation Services, River Falls. A rosary was said at 4 p.m., and prayers at 7:30 p.m. Mass of Christian Burial was held Sat., Nov. 12, 11 a.m. at St. Bridget’s Church, with burial in St. Bridget’s Cemetery. Lunch at the church hall followed.  Memorials may be directed to the River Falls Senior Center or to St. Bridget’s Church.  Arrangements are with Bakken-Young Funeral & Cremation Services of River Falls.