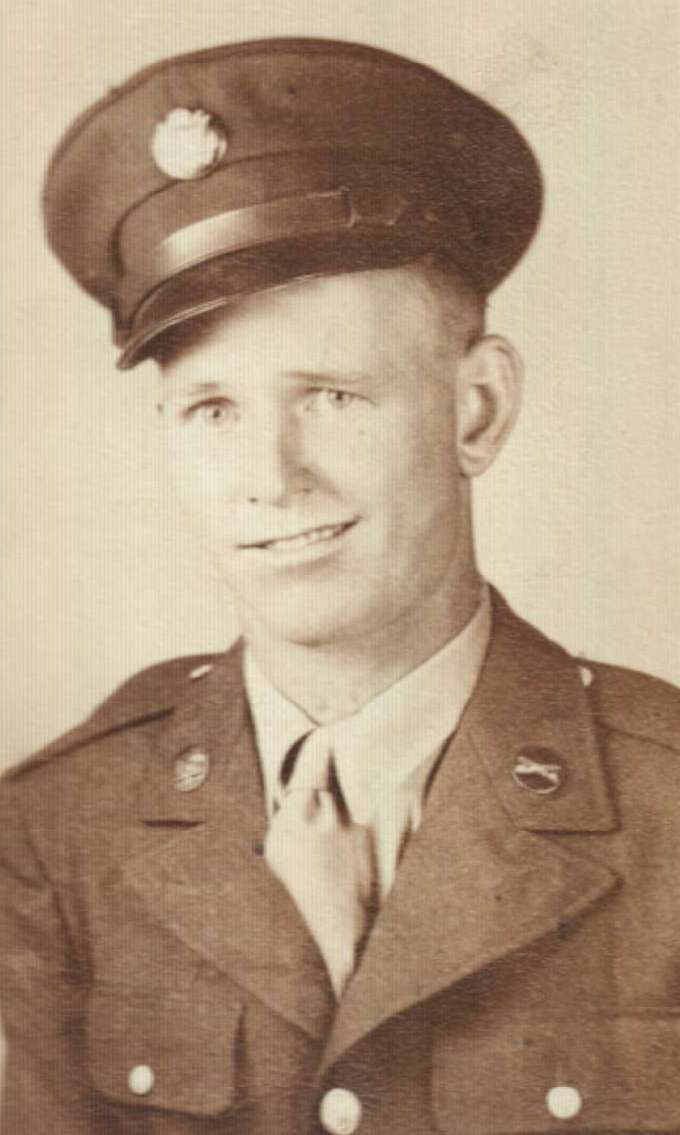 Bernard Michael O’Tool age 92 of Stockholm, WI passed away Oct. 4, 2011 at the Pepin Manor in Pepin, WI.  He was born the son of Charles and Genevieve (Kirkpatrick) O’Tool on May 16, 1919 in Watertown, SD.  He was raised in South Dakota and Iowa.  Bernard served his country in the U.S. Army from 1944-1945.  On October 21, 1941, he married Margaret Cibert at Corpus Christie Church in Fort Dodge, IA, from this union two daughters were born.  He is survived by his wife, Margaret; daughters, Fran (Bob) Dally of Stratford, IA, Pat Hogan of Stockton, MO; sister, Shirley Peterson of Chariton, WY; six grandchildren, Scott Dally, Pay (Gary) Johnson and Mike Dally all of Stratford, IA, Don (Julie) Hase of Mitchell, IA, Denise (Bill) Snow of Lebanon, MO, Darrell (Caroline) Hogan of Ash Grove, MO; twelve great- grandchildren; nine great great-grandchildren; and several nieces and nephews.  Bernard is preceded in death by his parents; four brothers and one sister.  He loved to tinker, custom farm for area farmers and spend time with his family.  After retiring from farming, he operated the Pine Creek Standard Station in Maiden Rock from 1975-1982.  He will be greatly missed by all.  There will be no visitation or services.  Cards may be sent to his family at N3188 O’Toole Road Stockholm, WI 54769.  Cremation services provided by Bakken-Young Funeral & Cremation Services of Maiden Rock.