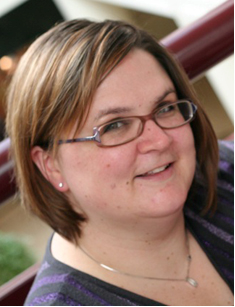 Ashley Ruth Brooks-Danso, 32, of St. Paul, formerly of New Richmond died June 28, 2011 at Regions Hospital.  The impact Ashley Brooks-Danso left on the world in her too short time here is an example of the power of understanding what you are passionate about and applying your God-given talents to make the world a better place. Ashley believed in the potential of all people and understood the amazing things that happen when people take time to connect towards a larger purpose. Ashley Ruth Brooks-Danso was born the first day of June 1979 in New Richmond, WI to Jim and Kay Brooks. Ashley was preceded in death by grandparents Jim W. and Ruth Brooks. She is survived by her loving husband of seven years, Kofi, her 7 month-old baby girl, Amelia Akua, parents Jim and Kay Brooks, sister Liz (Jamyn) Peterson, brother Spencer (Stephanie) Brooks and grandparents Wallace & Phyllis Wikoff.  Ashley quickly identified a passion and talent for serving the needs of the elderly. Her first job at the Health Center in New Richmond gave her a chance to demonstrate the importance of seeing past the old in people. She had a gift for identifying who people really were – she infused life back into the elderly by reminding them of their talents and finding ways to give them a sense of purpose.  She knew she had a responsibility to put her talent to work in this world and consciously chose to attend UW-Oshkosh where she could study Social Work with an emphasis on Gerontology. From Oshkosh she moved on to Washington University in St. Louis where she met the love of her life, Kofi. She immediately fell for his wisdom and compassion for others. As a native of Ghana, Kofi also represented her love for connecting cultures and people.  After obtaining their masters degrees from Wash U, Ashley and Kofi together influenced national policy and advocacy for the elderly through their work at the Center for Social Work Education in Washington, D.C. They continued to pursue their love for other cultures and places through traveling and hosting parties. Ashley was always hunting down reasons to celebrate she knew how to throw a party!  When Kofi decided to pursue his doctorate we were all thrilled when the U of M accepted Kofi into their program so they could be closer to the Brooks family. Ashley quickly found an opportunity to work for the Alzheimers Association in Minnesota where she continued to share her gifts and expertise with families dealing with this devastating disease. Just recently Ashleys expertise in this community led her to a new position as Caregiver Services Manager for Wilder. She was so excited to manage this significant grant and had just built the team she needed to do this great work. Ashley was at the top of her game and so happy.  Beyond her legacy serving the needs of the elderly, Ashleys real legacy lives in the heart of her partner in life, Kofi, and her sweet baby girl Amelia Akua. Following the lead of her own dad, Ashley believed you bring children into this world so they can make the world a better place. We know her spirit lives on in Amelia and in the hearts of so many others that had the benefit of knowing her and loving her.  The world changed once again when this top-notch woman, wife, mother, daughter, sister, friend and co-worker unexpectedly left us on Tuesday, June 28. Ashley made a significant impact on the world in the short time she was here the world is a better place because of her.  A memorial service was held at 3:00 p.m. on Thursday, July 7 at the United Methodist Church in New Richmond. A wake was held from 5:00 8:00 p.m. on Wednesday, July 6 at the United Methodist Church. The celebration of Ashleys life continued Thursday evening at her sisters home in New Richmond (1534 County Road GG).   In lieu of flowers, a support fund has been set up for her daughter, Amelia.   Amelia Brooks Danso Support Fund 1534 County Road GG New Richmond, WI 54017.  Ashley signed every email with the following quote:  If civilization is to survive, we must cultivate the science of human relationships – the ability of all peoples, of all kinds, to live together, in the same world at peace.
–Franklin D. Roosevelt