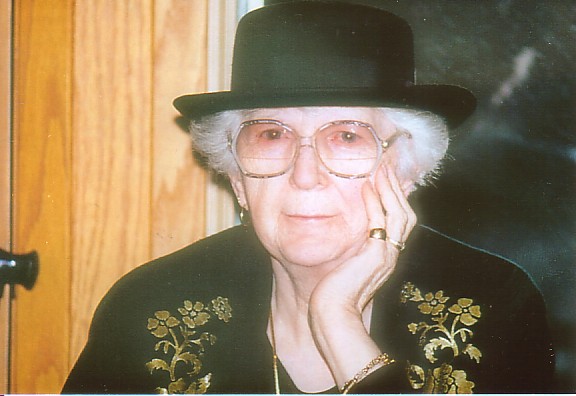 Ardith (Ardie) Allen died Wednesday, Dec. 15, 2010, at St. Elizabeth’s Hospital in Wabasha.  She was 89.  Ardith Anita Lee was born Nov. 4, 1921, to Carl H. and Kleo Diadema (Hurtley) Lee in Minneapolis. She graduated from Mondovi High School in Mondovi, Wis., in 1937 and Buffalo County Normal School in 1939 at age 18. She taught in country schools in Wisconsin from 1939 through 1941. From 1941 to 1944, she managed the stationery department at the Sears store on Lake Street in Minneapolis. She was the first female manager of that department.  It was the era of the Big Bands and Ardie’s life as a young, modern woman started taking form. At a dance at Reick’s Silver Moon Pavilion in Wisconsin, she took note of the saxophone player; he took note of her. He courted her; they dated. World War II and service in the Army kept them apart,  but on July 30, 1945, Duane “Pink” Allen and Ardie were married in Minneapolis. They soon moved to Marshfield, Wis., where she joined Pink working at radio station WDLB. She was a radio personality and even had her name attached to a cookbook. Years later, she would say —  eyes twinkling and laughter barely contained — “you know, I am a published cookbook author.”  Ardie and Pink moved to Owatonna, Minn., in 1956 when Pink and two partners purchased KRFO Radio. It was there that Ardie came into her own, becoming active in the Methodist church; the Eastern Star, serving as Grand Matron; served three terms on the Owatonna Planning Commission; was a lifetime member of the PTA; an early and active member of Little Theater of Owatonna; and was on the board of the Pink Pantry at Owatonna City Hospital, even getting Pink to become the first male member of the Pink Pantry. She worked in retail stores, including Thon’s Hobby shop which later became Thon’s Music, and sold real estate.  All of this and yet her family of six children and their activities —  from music to athletics, from theater to art  —  were her priority.  Ardie and her beloved husband of 44 years had big hearts, first and foremost witnessed in their six children and their spouses, and their seven grandchildren. The Allen door was always open, there was always a pot of coffee brewing —  just find the yellow cup with your name on it —  always another slice of apple pie to be had, a bowl of ice cream to be served, a game of Scrabble to be played.  Their home was filled with joy —  joy that would more than likely burst out in music, whether it was Pink tooting on his sax, Sally playing the piano or Jane throwing out snippets of a song only to be joined in a chorus made up of  Ben, Sally and Sandy, with Pixie and Chuck supplying the undertones. The college kids sleeping under the grand piano would stir and lend their voices to the Allen family band.  Ardie lived in Owatonna until 2003 when she moved to Pepin, Wis. with her youngest daughter, Sally, and son-in-law Bill. She took an active interest in the professional theater they created there, attending nearly all performances and taking an active interest in the actors and their lives.  Ardie had compassion and wisdom that was a magnet to people. You may have entered her home as a guest, but you left as a friend. Her house and her heart may have been full, but there was always room for one more. Or at least another opportunity to stretch the vocabulary and teach a new word to an unsuspecting student.  She is survived by six children and their spouses, Chuck and Sue of Faribault, Sandy (Alexander) and Wendy of Mankato, Carolynn Allen-Evans and Arthur Evans of Faribault, Ben and Kris of New Hope, Jane Allen-Calhoun and Tom Calhoun of Red Wing, and Sally and Bill Rogers of Pepin; seven grandchildren; three great-grandchildren; many nieces and nephews; and scores of friends.  She was preceded in death by her husband, Duane (Pink), two grandchildren, and a brother, Carl.  Friends called from ten to noon Monday, December 20, 2010 at Pepin United Methodist Church, Pepin, Wis. The funeral was at noon. Burial followed at Oakwood Cemetery in Pepin.  The family prefers memorials to area food shelves or the donor’s choice.  There also will be a memorial service in mid-January in Owatonna.  Arrangement are with Bakken-Young Funeral & Cremation Services of Maiden Rock.