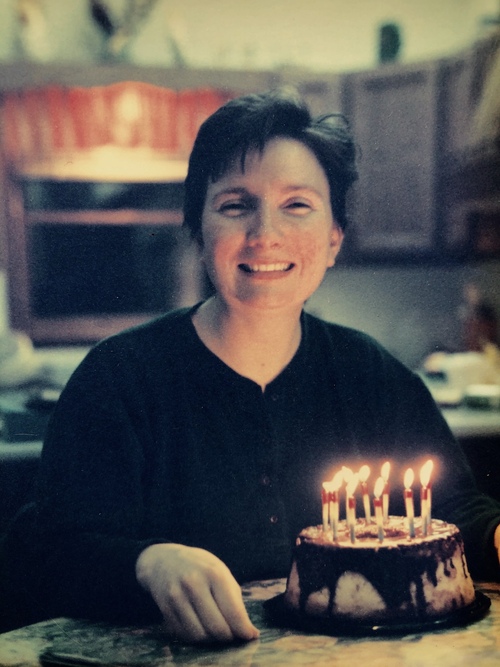 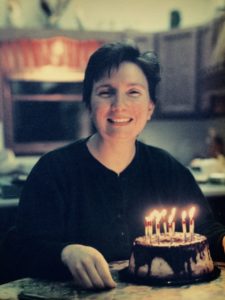 Amy Marie Kempfer, age 54 of River Falls WI, finished her battle with kidney disease on July 28, 2020. Amy was born March 6, 1966 in Hartford WI and was a 1984 graduate of Hartford Union High School.  Such a bright spirit, we were lucky to share in her light. Her smile and ever positive attitude made her a joy to all. She is survived by her loving, caring spouse of 20 years, Terri Kempfer. The youngest of seven children she is also survived by her mother, Dolores Kempfer; siblings, Elizabeth (Jim) Powell, Jenny (Dan) Wells, Jon Kempfer, Joel (Linda) Kempfer, Andy (Renee) Kempfer, and Mary (Ken) Mitchell; and too many friends to mention.  She was a very special aunt to Rachel, Chris, Amanda, Krista, Brad, Patrick, Erin, Adam, and Michelle. Amy is preceded in death by her father, Gerald Kempfer (she was his favorite); niece, Sarah Powell; sisters-in-law, Lynn Kempfer and Patti Kempfer. Amy proudly served in the US Air Force working in Armed Forces Radio. She was stationed abroad in Okinawa, Japan and Brindisi, Italy.  Amy also was a member of the USAF traveling softball team. After deployment, Amy served in the Minnesota National Guard during the Panama conflict, Operation Just Cause. Following her service, she worked as a Corrections Officer at the Stillwater Prison and in television production in the Twin Cities. Amy had many talents and interests included drumming in the Hartford Community Band and studying and competing in Taekwondo. A service will be held at a later date.  Interment was in Fort Snelling National Cemetery with military honors on Tuesday, August 25 2020 at 9 am assembly lane #2. Arrangements are with Bakken-Young Funeral & Cremation Services.

Click here to watch a memorial video for Amy