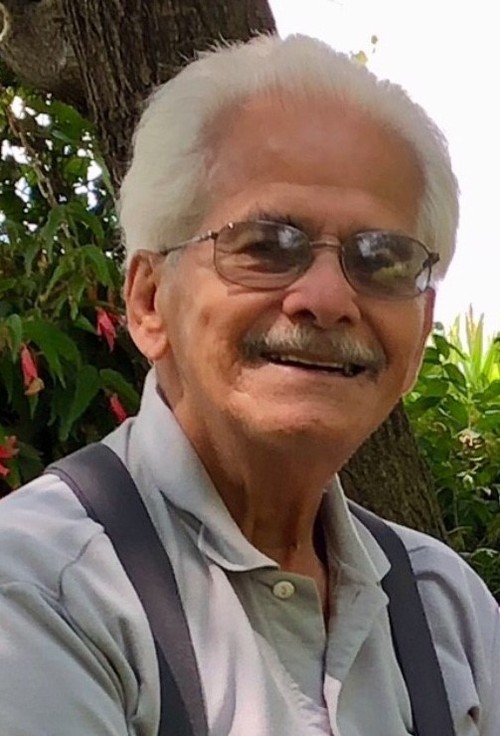 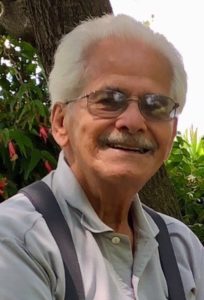 Agostinho Marcelino de Souza, son of the late Maria Aparecida de Souza, passed away at home Thursday, September 5, at 9:33 a.m. with his wife, the Rev. Barbara Mosley de Souza, by his side. He was born November 9, 1931 in Minias Gerais, Brasil, where his remaining relatives live. He is survived by his wife of 46 years; three stepchildren, Carol Ackley of River Falls, Susan Lukens of Alexandria, Virginia, and Judy Brown and husband Martin of Hillsborough, North Carolina. He is survived by five step grandchildren – Clinton, Ashley and Walker Lukens, Jamie and Tyler Brown, and three great grandchildren – Jonah and Zoe Lukens and Audrey Jay Shannon. He is also survived by his “adopted” children, the Christophers, and Isabel da Silva from Brasil. He leaves behind his dear 19 year old Brazilian dog, Pretinha.  Gus, as he was known by his American friends, lived a life of service to his church and God. He, along with Barbara, devoted their lives to helping the poor and destitute in Sao Paulo and Rio de Janeiro, Brasil. They began their mission work with the American Friends Service Committee. They created an NGO and a health clinic where many were served with basic health care and health education. Gus and Barbara began their life together in Brasil, and then moved to River Falls in 1981. In 1985 they both felt called to return to Brasil to continue their work in the shanty towns of São Paulo and Rio de Janeiro with the Global Ministries of the United Church of Christ and Disciples of Christ. Upon retiring in 2011 they lived in Thomasville, NC for 4 years and then returned to River Falls.  Gus was beloved by so many and he will be missed. He brought joy to everyone he encountered. He was a beautiful soloist and graced many a congregation with his Brazilian songs of faith.  His funeral was Saturday, September 21, 2019 at the United Methodist Church of River Falls 127 S 2nd Street River Fall, WI. Visitation was at 9:30 a.m. and a service celebrating his life at 11 a.m., followed by a light lunch.  In lieu of flowers, donations to the Brazilian Fund, through the First Congregational Church of River Falls, would be appreciated.  Arrangements are with Bakken-Young Funeral & Cremation Services.