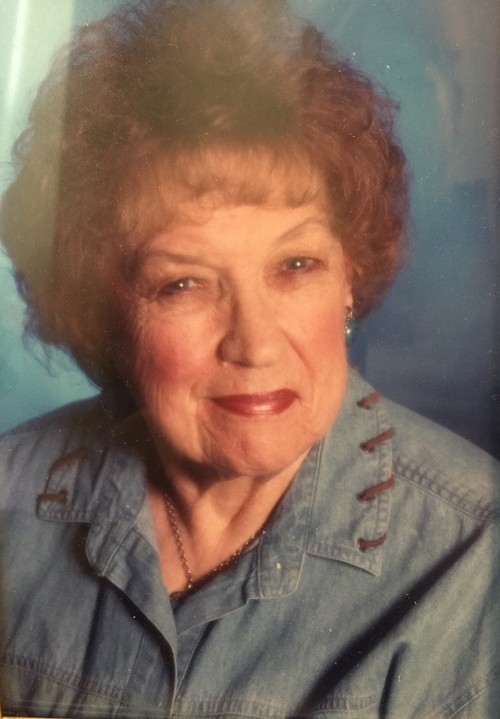 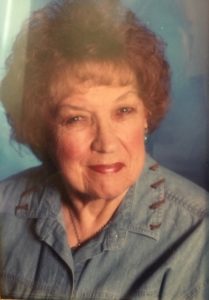 AdaBelle Doty Bernd Otto died peacefully at Deerfield, Saturday, December 16, 2017. She was 95 years old.   AdaBelle was born May 4, 1922 and grew up in St. Croix Falls. After graduating from high school, she moved to Minneapolis to work in a munitions plant during World War II. When the war ended, she met and married Marvin Bernd of Star Prairie, in 1945. They had three girls, Cheri, Jeanne and Bobbi. AdaBelle worked at the Daylight Store, Schultz’s Five and Dime Store when the girls were young. Later she worked as a waitress at Lundy’s Fine Foods Restaurant and then at the JR Ranch in Hudson and at the Bowlarena Lounge in New Richmond.  AdaBelle and Marvin divorced in 1965. Francis Otto and AdaBelle opened the Otto’s Dairy Snack Restaurant in New Richmond in 1966 and operated that until 1974. (They married in 1968.) AdaBelle was the baker and she made all of the pies and cookies served in the Dairy Snack, as well as making a lot of the donuts they sold there.  When the restaurant closed, AdaBelle took some time off and then went to work as a baker at the New Richmond High School and eventually retired from there in 1984. She enjoyed all of her jobs and loved the people she worked with and the people she served. After retiring, she especially enjoyed taking some trips around the country with her sister, Emmie and her mother, Essie Eibs. It was a very special time for all of them to be together.   Ada Belle and Francis had a huge vegetable garden and they shared the bounty of that garden with family and friends and even sold some at the New Richmond Farmer’s Market.   AdaBelle also loved to sing and dance. She and Francis spent many Friday and Saturday nights at the Red Rooster dancing to live ‘old time’ music and they were both great dancers.   After Francis died of a brain tumor in 2004, AdaBelle moved into the Deerfield and lived there happily until her death in 2017.   As her sight failed, she spent many happy hours listening to books on tape and was an avid ‘reader’. She liked to discuss politics with her friend, Mabel Arnquist, and loved playing Bridge with all of her friends at Deerfield. She was very interested in people and always happy to see them. She was a ray of sunshine.  She is survived by one brother, Erling Eibs (Marilyn), one sister, Emmie Ingram (Douglas), three daughters, Cheri Bernd Dancha (Charles), Jeanne Bernd Edwards (Mark) and Bobbi Bernd Beberg (Daniel), seven grandchildren and five great-grandchildren and six stepchildren, Patty Otto, Jimmy Otto, Virginia Otto Lundin, Mary Otto, Joan Otto Sempf, Mark Otto. She was preceded in death by her husband, Francis Otto and stepson, Michael Otto.   A Memorial Service was held on Saturday, January 6, 2018, at Deerfield Gables Care Center in the Chapel. Visitation was from 12 noon until 1 p.m., the service began at 1 p.m.  Refreshments were served after and interment was in Immaculate Conception Cemetery at 3 p.m.  In lieu of flowers, memorials are preferred.  Arrangements are with Bakken-Young Funeral & Cremation Services Beebe Chapel of New Richmond.