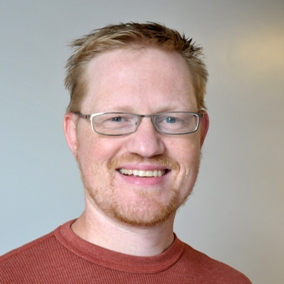 Aaron Larry Hilden, age 37, of St. Paul, MN and formerly of River Falls, WI, died unexpectedly at his home on Sunday, October 27, 2013, due to complications from Type 1 Diabetes. Aaron was born the son of Larry and Lila (Hague) Hilden on March 4, 1976 in Hudson, WI. He grew up in River Falls, WI.  Aaron was baptized at First Covenant Church and graduated River Falls High School in 1994. He attended the University of Wisconsin Stevens Point, graduating summa cum laude in Music Education in 1998. Aaron taught music in New London, WI, Hudson, WI and most recently at the Perpich Center for Arts Education and Crosswinds East Metro Arts and Science School. On November 18, 2005, Aaron was married to Jennifer Grimm in St. Paul, MN. He played lead tenor saxophone in the Minnesota Jazz Orchestra.  Aaron inspired countless people with his passion for jazz and was himself inspired by many other art forms. He drew, made films, cooked, and wrote. He was a discerning audio engineer and a beloved podcaster. But most of all Aaron was a selfless father, a caring teacher, a faithful son, a loving brother and a fiercely loyal friend. He had an engaging laugh, a sharp wit, and a great sense of humor. Aaron was passionate and creative, and his deep zest for life will be mourned by everyone who knew him. He is preceded in death by his grandfathers, Roland Hilden and Ralph Hague, and step-grandfather, David McKinley. Aaron is survived by his wife, Jennifer Hilden; daughters, Rowan and Rio Hilden; parents, Larry and Lila Hilden; brother, Justin (Autumn) Hilden; grandmothers, Irene Hilden and LaVina McKinley; closest friends, John Luedtke and Aaron Moe; and many other relatives and friends.  A Funeral Service was held Monday, November 4, 2013 at 2 pm at First Covenant Church, 1374 North Main St., River Falls (use Quarry Rd. entrance due to construction).  Visitation was Sunday, November 3, 2013 from 3-7 pm at the Bakken-Young Funeral Home, 805 E Division St., River Falls and on Monday from 1-2 pm at the church.  Interment was in Greenwood Cemetery in River Falls, WI.  Memorials may be directed to the family of Aaron Hilden. Thank you to the staff and congregation of the First Covenant Church for your open arms in our time of need. Arrangements are with Bakken-Young Funeral & Cremation Services of River Falls.