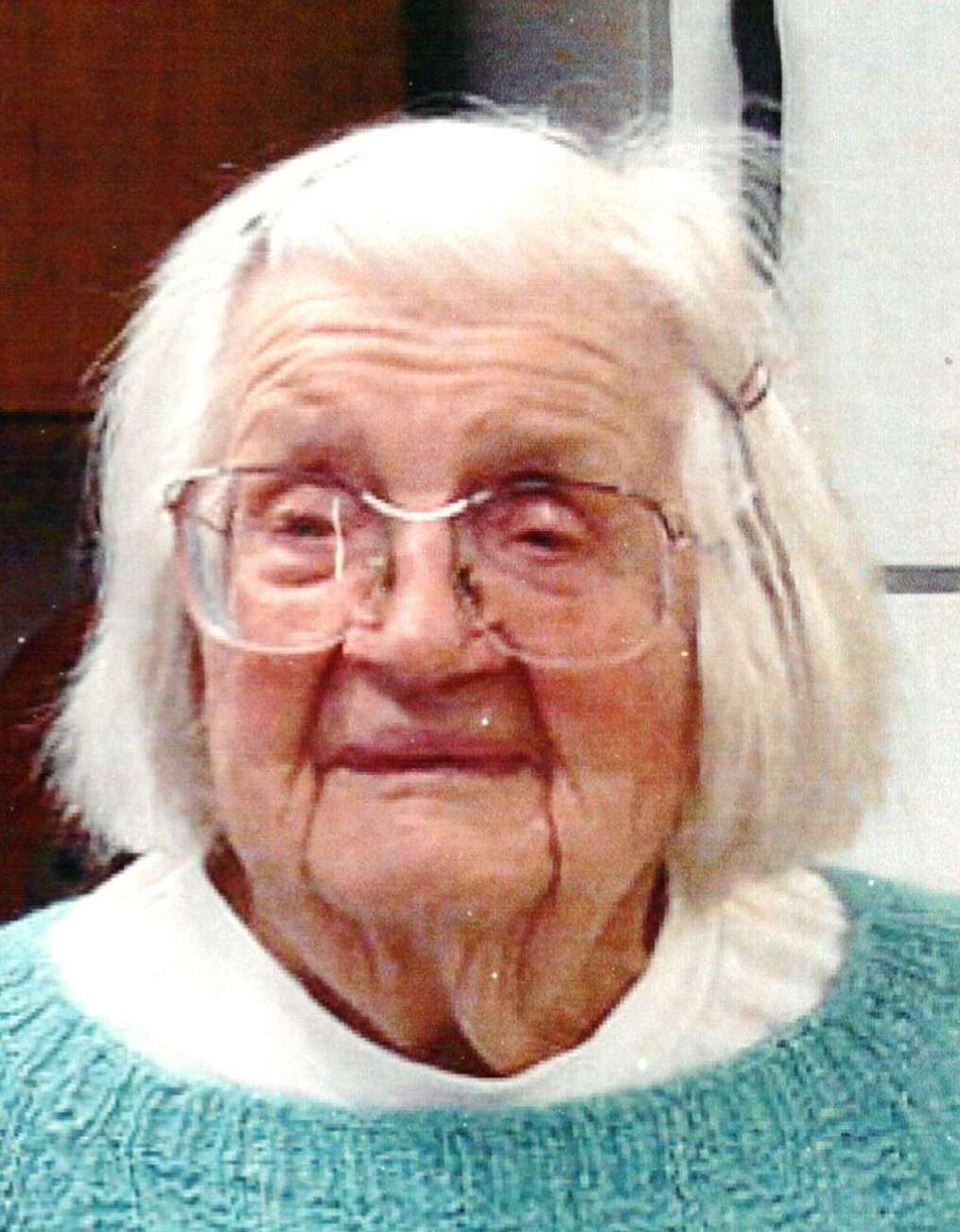 Angie Margaret “Peg” Hemenway age 97 a life-long resident of New Richmond died Wednesday, November 16, 2011 at The Deerfield Gables.  She was born the daughter of Charles and Gertrude (Adams) Hemenway on April 4, 1914 in New Richmond.  In 1930, Peg graduated from New Richmond High School.  For many years, she raised chickens and sold their eggs on the family farm.  Peg was a member of the New Richmond United Methodist Church belonging to the Homemaker’s Club through Church.  She was an avid gardener growing vegetables and flowers.  Peg also was a wonderful seamstress and enjoyed knitting and crocheting, making all of her own clothes.  She also enjoyed bird watching and reading, leaving a house full of books.  Peg was known as the resident historian on Wall Street and for the Hemenway family.  In retirement, Peg took bus trips to flower festivals and last year she took her first pontoon ride on Cedar Lake.  She was preceded in death by her parents; brothers, Roy (Lucille) Hemenway and Chuck (Jean) Hemenway.  Peg is survived by her nieces and nephews, Neil Hemenway, Ken (Shirley) Hemenway, Donna (Richard) Berg, Bill (Sue) Hemenway, Rick Hemenway, Jim (Sondra) Hemenway, Allan (Leanne) Hemenway; and many great- nieces and nephews and great great-nieces and nephews.  A funeral service was held Wednesday, November 23, 2011 at 2:00 pm at the New Richmond United Methodist Church.  Visitation was also Wednesday from 1:00-2:00 pm at the church.  Interment will be private.  Arrangements were with Bakken-Young Funeral & Cremation Services Beebe Chapel of New Richmond.